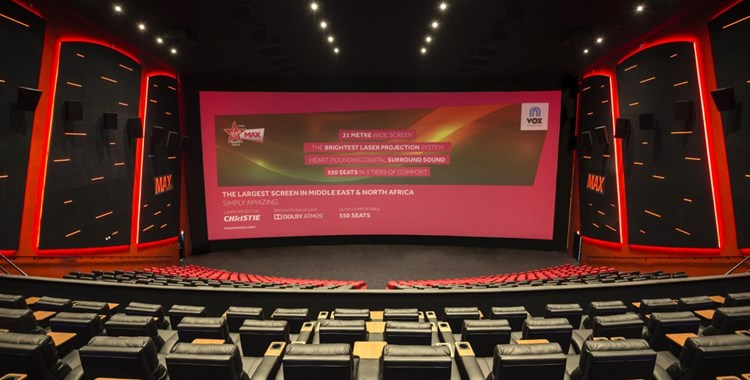 The largest laser illuminated screen in the Middle East, VOX MAX covers a total of 408 Square metres. The cinema accommodates 550 guests in one sitting.

"It is an honour for us to have an accolade like the biggest screen in MENA right here in Deira. This particular location has always had a high volume annual footfall and our customers indicated that they wanted a movie experience that surpassed what was currently on offer anywhere in the region. We have listened to what our customers want and we have invested significantly to deliver the very best movie experience with luxury, action and a big screen experience, said Cameron Mitchell, Chief Executive Officer at Majid Al Futtaim Cinemas – VOX Cinemas."