Step Into The FuTure 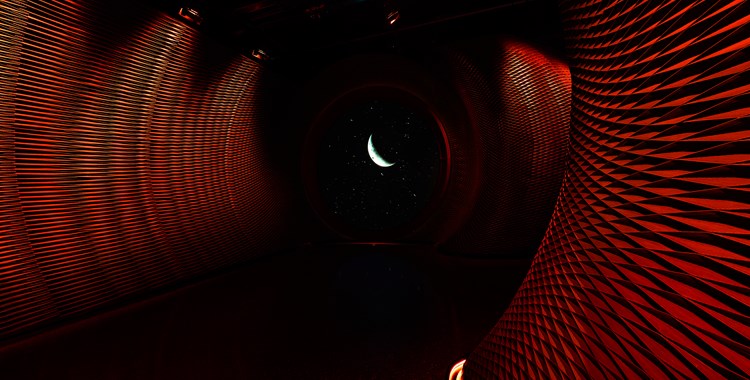 The future forward marvel of engineering is a breathtaking feat that places the UAE firmly in the pantheon of leading nations and ATS in a leading position to deliver iconic projects.

The UAE has long been heralded as the realm of endless possibilities. It is a place where dreams venture into reality. The Museum of the Future is one more such shining feather in the country’s cap. Through its futuristic design, the building welcomes people of all ages to experience see, touch, and shape our shared future.

Al Tayer Stocks (ATS) was appointed by Dubai Future Foundation to complete the interior fit-out. The building has seven levels. ATS completed all exhibition floors, lobby,  auditorium, events and office space. At its peak, there were 450 people involved in the project by ATS, working for a total of 400,000 man-hours. The ATS team included people from 14 nationalities, spread all over the world. There were 40 fabricators and suppliers from five continents spread across 40 countries.

The exhibit begins at L0 (Mohammed bin Rashid Space Port) and goes through to L5 (OSS Hope Station). The elevator was fitted out to look and feel like a space shuttle taking off and was used during construction to move all materials. The elevator has a capacity of carrying 13 tonnes and can accommodate up to 136 people, but in the exhibition mode, it transports only 25 to 30 people at a time.

Children’s exhibit housing two geodesic structures (imagine and design lab) These structures were fabricated and assembled off site in the UAE and reassembled by ATS at the museum.

Part of this exhibition, namely ‘transcendence’, showcases an elevated ripple water effect created within an acrylic tank, 3 meters in diameter and weigh- ing around 500 kgs. Specific panels at the feet of the tank are programmed to create various movements and ripple effects. Accompanied by audio and lighting to create a calming atmosphere.

The Vault of Life exhibition is one of the main elements of this floor, consisting of 2400 3D-edged life forms inside glass jars, depicting various life forms. ATS attended workshops with the Germany-based fabrication team (MKT Engineering) to ensure the required accuracy of all jars before shipping. The precision of this installation took a total of 1,000 man-hours.

The internal wall coverings in OSS

The team traveled to Serbia to oversee the 3D printed version of the OSS Hope prototype; a replica model of the 1981 NASA space station. This was specially manufactured to ensure the rotation speed was accurate and the gears were properly constructed. ATS installed a one piece 21-metre-long screen— the world’s biggest Rigiflex screen.